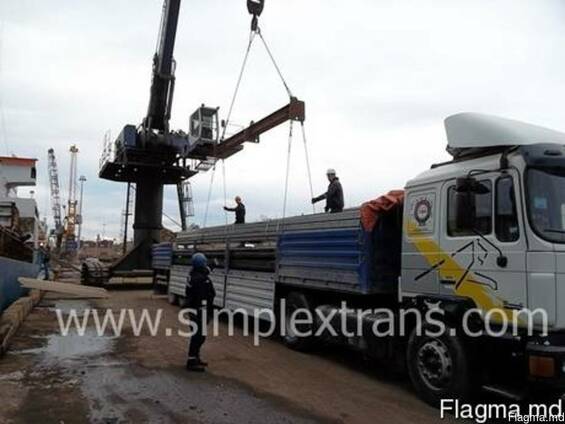 The transports from Turkey to CIS countries .

The transports from Turkey to CIS countries .

The transports from Turkey to CIS countries include the following countries:

Utilizing ferryboat routes: Varna (Bulgaria) – Batumi (Georgia), Derince (Turkey) – Chernomorsk (ex-Iliychevsk) (Ukraine), Varna (Bulgaria) – Chernomorsk (ex-Iliychevsk) (Ukraine), Samsun (Turkey) – Kavkaz (Russia), Varna (Bulgaria) – Kavkaz (Russia). In this case, the direct loading in CIS rail wagons (MPS) is made in Turkey (Derince, Samsun, Halkali stations) and Bulgaria (Varna). After this, the loaded rail wagons are transported on the ferry and sent to their destination station.
Transporting in Turkish / European rail wagons with the later transshipment of the shipment in CIS wagons at the border station Ungheni (Republic of Moldova) or Sarakhs Turkmenistan. Ungheni and Sarakhs train stations have the technical possibilities to transship the cargo from the European wagons to wide rail wagons, to make and complete the shipment documentation, to seal them and send them to the station of delivery.
Transporting by ship from Turkey to ports in the Ukraine, Russia, Georgia etc. with eventual transshipment to CIS railway wagons. This means of transportation is used in cases of large shipments. In this case, Simplextrans ensures the loading of the transport ship in one of the Turkish ports, makes the transshipment, completes the transport documents and then send the shipment by sea to one of the ports in the Ukraine, Georgia, Azerbaijan or Russia. Here, the goods are transferred to a rail car or truck.
Transporting by trucks with transshipment in wagons in one of the train stations from Georgia. This solution is best suited when the merchandise is loaded in the eastern part of Turkey and has a destination like Turkmenistan, Kazakhstan, Kyrgyzstan or Tajikistan. The merchandise will be transported from Turkey with lorries towards the stations Batumi, Poti, Vale or Akhaltsikhe from Georgia and once here it will be transferred to wagons. In this case, the Alyat (Baku)-Turkmenbashi ferry or the Alyat (Baku) -Aktau ferry will be used.
Transporting in containers by sea with transshipment on railway wagons. The empty container is placed at the disposal of the shipper at the loading point. The loaded container is then transported to one of the ports in Turkey where it is transferred to a ship and then sailed to the CIS port. Here, the container is offloaded off the ship and loaded on the rail flat train to reach its destination. In this case, the delivering of the shipment is made using the shipper’s containers, in the container of the maritime line or in the ones purchased in Turkey.
Transporting in containers by sea with transshipment of the cargo in CIS wagons or rail containers. The difference from the previous alternative is that in the CIS harbor the merchandise is offloaded from the container and transshipped to a CIS train car / container.